Wild thing, I think I love you!

I’m not an outdoorsy type of girl by nature. While I love the beauty of everything outdoors that surrounds me and am a lover of all living things (even the kind that can rip me limb from limb… excluding spiders and insects, of course), I’m a fair weather type of nature-lover, and certain restrictions do apply.

For example, I am happy as can be to go on a long nature walk or hike as long as the weather is conducive (Translation: Perfect; not too hot or too cold – although living in Alaska has strengthened my resolve about the “cold” part). There must also be access to a bathroom (it doesn’t have to be fancy), as I find the idea of digging a hole in lieu of a “loo” only to cover it back up with dirt from the hole I didn’t want to dig in the first place rather distasteful. (It sounds a little like using a litter box, somehow).

I will camp in a tent for two to three nights, but will not go on an overnight hiking excursion (again, the digging-a-hole thing). Since I am extremely inexperienced and don’t yet know what I’m doing, nor do I know which equipment is for what, I must also camp with someone that really, really knows what they’re doing. Lucky for me, my husband is one of those people.

My idea of a vacation has never really involved doing more work or having fewer amenities than I have at home. The minimum requirements are as follows: no washing dishes, a warm shower, I want to look at least minimally presentable and wear clean-ish clothes. Spending more than a day outdoors often puts a wrench in some of that (unless you have someone so delighted you’re with them, they do the cooking and cleaning for you – my husband – and you over-pack). 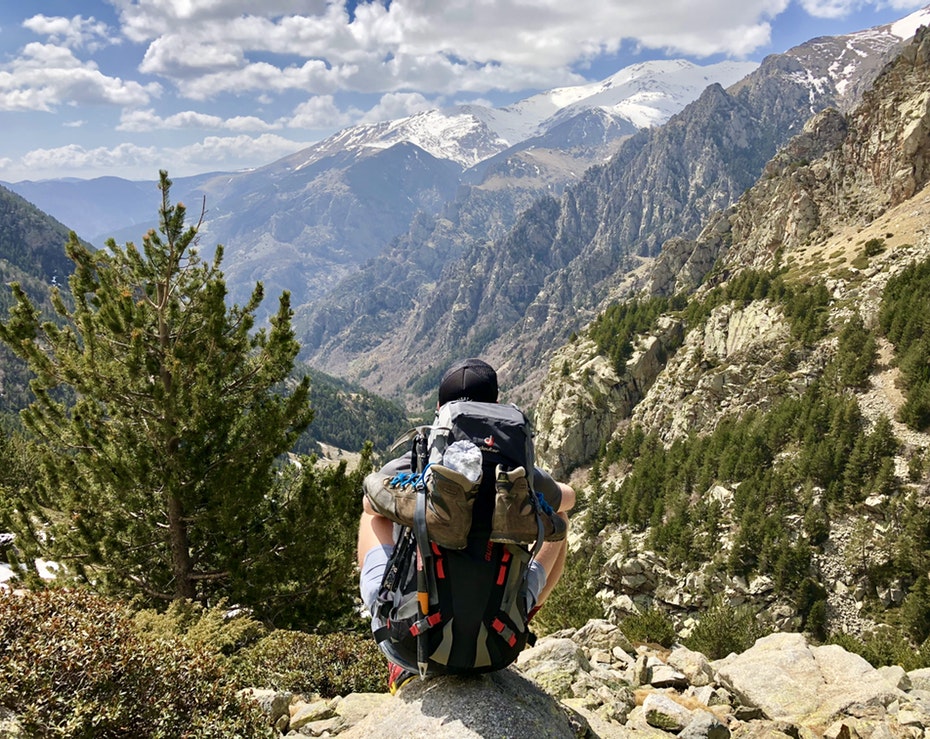 Okay, okay, I know what you’re saying… “THEN STAY HOME, LADY!” “What a spoiled brat!” “Who would even bother taking her anywhere?” “Go to the mall and shut up already!” And I frankly wouldn’t blame you for saying those things and worse, but frankly, I LOVE the outdoors, so I’ve found ways to make it work for me, and I happened to have married someone that likes my company, is very patient and has made it easier for me to do it without becoming too frustrated to bother.

Why am I telling you this? Well, it’s for your own good and the good of your children and grandchildren. Seriously.

Based on scientific findings, believe it or not, in the 1966 song, “Wild Thing” by The Troggs, the lyrics “Wild thing…you make my heart sing… You make everything groovy,” may have been a little more relevant than one might have thought.

It seems that researchers have found that time in the wild not only boosts creativity but both insight and problem solving as well. There is even evidence that our minds thrive when we “get away from it all.”

Research conducted at the University of Kansas concludes that people from all walks of life show startling cognitive improvement — for instance, a 50 percent boost in creativity — after living in nature for just a few days.

Ruth Ann Atchley, whose research was featured in Backpacker magazine, said the “soft fascination” of the natural world appears to refresh the human mind, offering refuge from the cacophony of modern life.”

“We’ve got information coming at us from social media, electronics and cell phones,” said Atchley, associate professor and chair of psychology at KU. “We constantly shift attention from one source to another, getting all of this information that simulates alarms, warnings, and emergencies. Those threats are bad for us. They sap our resources to do the fun thinking, and cognition humans are capable of — things like creativity, or being kind and generous, along with our ability to feel good and be in a positive mood.”

As difficult as it is to believe, the researcher said that nature could stimulate the human mind without the often-menacing distractions of life in the 21st-century.

“Nature is a place where our mind can rest, relax and let down those threat responses,” said Atchley. “Therefore, we have resources left over — to be creative, to be imaginative, to problem solve — that allow us to be better, happier people who engage in a more productive way with others.”

Atchley led a team that conducted initial research on a backpacking trip in Utah with the Remote Associates Test, a word-association exercise used for decades by psychologists to gauge creative intelligence. Her fellow researchers included Paul Atchley, associate professor of psychology at KU, and David Strayer, professor of cognition and neural science at the University of Utah.

Intrigued by positive results, the researchers partnered with Outward Bound, the Golden, Colorado-based nonprofit that leads educational expeditions into nature for people of many backgrounds. About 120 participants on outings in places like Alaska (of course), Colorado and California completed the “RAT” test.

“We worked with a number of backpacking groups,” Ruth Ann Atchley said. “Four backpacker groups took the test before they hit the trail, and then four different groups did it on the fourth day just like we had done before. The data across age groups —regular folks from age 18 into their 60s — showed an almost 50 percent increase in creativity. It really worked in the sense that it was a well-used measure and we could see such a big difference in these two environments.”

Best of all, she said that the benefits of nature belong to anyone who immerses themselves completely into the wilderness for what is equivalent to a long weekend.

“There’s growing advantage over time to being in nature,” said Ruth Ann Atchley. “We think that it peaks after about three days of really getting away, turning off the cell phone, not hauling the iPad and not looking for internet coverage. It’s when you have an extended period surrounded by that softly fascinating environment that you start seeing all kinds of positive effects in how your mind works.”

As a semi-recent transplant to Alaska (my husband and I moved to Juneau six years ago), I couldn’t help but wonder how many Southeast Alaskans were taking advantage of the great outdoors in their own backyard. Even though we have such a vast array of outdoor experiences at our fingertips, many of us may not be spending substantial time taking advantage of them.

What if you or your kids took the time and made an effort to spend more time communing with the natural world rather than the virtual one? Would your kids’ grades be better? Would you be more productive and creative at work? Would your problem-solving skills be better during a personal or family crisis? According to this research, the answer is, “Most likely.”

My feeling is that this discovery may be as important as the discovery of how important “family dinners” are when it comes to personal development. And while I freely own my limitations, we all have them, take baby steps, forget the weather, put on the appropriate gear and GET OUTSIDE!