The Whole Truth about the Flu & the Flu Vaccine

With so many myths about influenza and the flu vaccine; this is a good time and place to set the record absolutely straight.

First, let’s get down to the nitty-gritty of what influenza is and what it is not.

Influenza, more commonly referred to as “the flu” is a serious illness. In fact, in years when influenza is widespread, hundreds of people may die from influenza or its complications. Influenza can lead to serious illness in elders and other high-risk groups.

Some people think the flu is just a really bad cold, but the truth is that the influenza virus is much more serious and can lead to pneumonia and death. The fact is that about 200,000 people in the U.S. are hospitalized because of the flu every year, and approximately 36,000 people die every year from the flu. 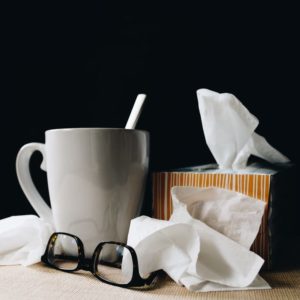 Influenza, or the flu, is not a gastrointestinal illness. The term “stomach flu” is often used to describe illness with nausea, vomiting or diarrhea, but different viruses or bacteria most likely cause these symptoms. Influenza is a respiratory illness, not a stomach or intestinal disease, although sometimes influenza can make some people, especially children feel “sick to their stomach. To be clear, however, feeling sick to your stomach is rarely the main symptom of influenza.

Additionally, since the flu is a virus, not a bacterial infection, antibiotics are not an effective treatment.

Now, let’s talk about the influenza vaccine also known as a “flu shot.” Here are the facts.

The influenza vaccine given with a needle cannot give you the flu. It is simply not possible. Why not? It is impossible because the vaccine is made from an inactivated virus that cannot transmit infection. Anyone who becomes ill after receiving a flu vaccination was going to get sick anyway. It takes a week or two to get protection from the vaccine. Therefore, any exposure to the virus in one’s environment before that time is what makes you sick. People often mistakenly assume because they came down with the flu soon after getting the shot, the vaccine caused it.

It is also true that there are many different types of viruses year-round that can cause flu-like symptoms, but these are not the influenza viruses. The influenza vaccine protects against some of the strains of influenza viruses that health experts think will likely cause influenza during a particular flu season. It does not protect against other viruses that cause similar illnesses, like Respiratory Syncytial Virus (RSV) or parainfluenza. Because the influenza virus strains change from year to year, protection from new strains means you must be vaccinated each year.

When strains in the vaccine are well-matched to the strains of influenza virus in the community, the vaccine prevents influenza in more than 7 out of 10 vaccinated people.  In very elderly and people who have chronic health conditions, the vaccine may not prevent influenza as completely but may decrease the symptoms, complications and the risk of death from the flu.

What about safety? We hear a lot of talk about certain vaccines being unsafe. The fact is that the influenza vaccine is safe and boosts your immune system against the virus. Most people merely experience some temporary redness or soreness at the vaccination site. Some people, especially those who receive the flu shot for the first time, may have some temporary flu-like symptoms.

Typically, the mild flu-like symptoms that occur in some people last no more than a day or two. These symptoms can include mild fever, headache, fatigue, and aching muscles. Due to a smaller body and surface area, children (especially those under five years old) may develop higher body temperatures than adults after having a flu shot. But again, this is not dangerous and is not influenza. Receiving an influenza vaccination can result in an allergic reaction, which can very rarely be severe. Immunization providers are trained to ask about potential allergic reactions before giving the vaccine and to treat such reactions if they occur following the vaccination. Anyone who has had a severe reaction to the influenza vaccine in the past should not be vaccinated again.

The flu vaccine is safe and recommended for pregnant and nursing mothers. Influenza can have serious consequences for pregnant women and their unborn children. Immunization is recommended for both the mother’s health and to provide the baby with immunity in the first six months of life when they are most at risk of serious disease. The National Advisory Committee on Immunization recommends all pregnant women receive a flu vaccine.

Mothers with babies and toddlers younger than two years old should get the influenza vaccine if they did not receive an immunization during pregnancy. Children under two have a higher risk of hospitalization for influenza. Babies under six months cannot be vaccinated because their immune response to the vaccine is not yet strong enough.  Vaccination for mothers, other members of the household, and others that come in contact with babies, including staff of child care centers, help protect children too young to be immunized and infants and toddlers who will get more seriously ill from influenza than older children.

It is also safe for babies to breastfeed after mothers receive a flu shot. Nursing mothers should receive the influenza vaccine by needle injection as it contains dead influenza viruses that cannot cause infection.

If you are a healthcare worker, no matter how healthy you are, your exposure is greater and are at higher risk of getting influenza. You may be exposed to patients and people around them or by touching something with the flu virus on it and then touch your mouth, nose or eyes.

The flu usually spreads from person to person when someone already infected coughs or sneezes. Surprisingly, since 20% to 30% of people carrying the influenza virus have no symptoms, many people with influenza may not feel sick and therefore not realize they are infecting others. People can still spread disease one day before getting symptoms and up to seven days after getting sick.

Contrary to popular belief, taking supplements such as Vitamin C and Echinacea cannot prevent you from getting the flu. No matter what you’ve heard, there is no medical proof that they can keep you from getting sick. Additionally, having the flu once will not prevent you from getting it again, never having had the flu before doesn’t mean you can’t get it, nor does the flu vaccine you received the previous year protect you the next. There may also be more than one flu virus, or strain, going around every year. You may get infected with one strain of flu, and come down with another strain later. So, even if you have already had the flu, you should still be immunized to protect against other strains.

Now, go and get your flu shot!

If you have feedback about this content or have additional topics ideas for SEARHC, email us at SEARHCnewsroom@searhc.org.