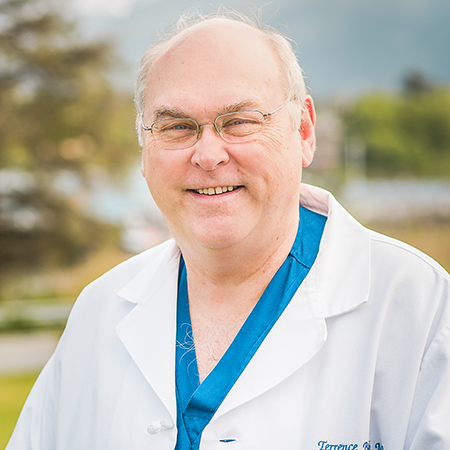 Dr. Babb graduated from the College of William and Mary in Williamsburg, VA with his Bachelor of Science in Biology. He earned his medical degree at Eastern Virginia Medical School in Norfolk, then completed a Family Practice Residency at Lancaster General Hospital in Pennsylvania. A few years later, Terrence completed his Obstetrics and Gynecology Residency at University of North Carolina (UNC) Mountain Area Health Education Council (MAHEC) in Asheville.

Terrence Babb spent part of his childhood in Delta Junction, Alaska and is now thankful for the opportunity to return to the state and serve the patients of Southeast Alaska.

Lewis Rathbun M.D. Award given to the Chief Resident whose paper represents a significant contribution to the field of Gynecology.

Holmes Gillette Award Recipient, Eastern Virginia Medical School (EVMS), Norfolk – awarded annually to a member of the graduating class who is considered by fellow student and faculty to epitomize the ideals of EVMS.

Dr. Babb’s medical interests include Consultant in General OB/GYN. Outside the office, he personally enjoys fishing and classic cars.