During the short winter days, many people find themselves feeling sad. You might feel blue around the winter holidays or get into a slump after the fun and festivities have ended. Some people have more serious mood changes year after year, lasting throughout the fall and winter when there’s less natural sunlight. What is it about the darkening days that can leave us down in the dumps? And what can we do about it?

National Institutes of Health (NIH)-funded researchers have been studying the “winter blues” and a more severe type of depression called seasonal affective disorder, or SAD, for more than three decades. They’ve learned about possible causes and found treatments that seem to help most people. Still, much remains unknown about these winter-related shifts in mood.

“Winter blues is a general term, not a medical diagnosis. It’s fairly common, and it’s more mild than serious. It usually clears up on its own in a fairly short amount of time,” says Dr. Matthew Rudorfer, a mental health expert at NIH. The so-called winter blues are often linked to something specific, such as stressful holidays or reminders of absent loved ones.

“Seasonal affective disorder, though, is different. It’s a well-defined clinical diagnosis that’s related to the shortening of daylight hours,” says Rudorfer. “It interferes with daily functioning over a significant period of time.” A key feature of SAD is that it follows a regular pattern. It appears each year as the seasons change, and it goes away several months later, usually during spring and summer.

SAD is more common in northern than in southern parts of the United States, where winter days last longer. “In Florida, only about 1% of the population is likely to suffer from SAD. But in the northernmost parts of the U.S, about 10% of people in Alaska may be affected,” says Rudorfer. 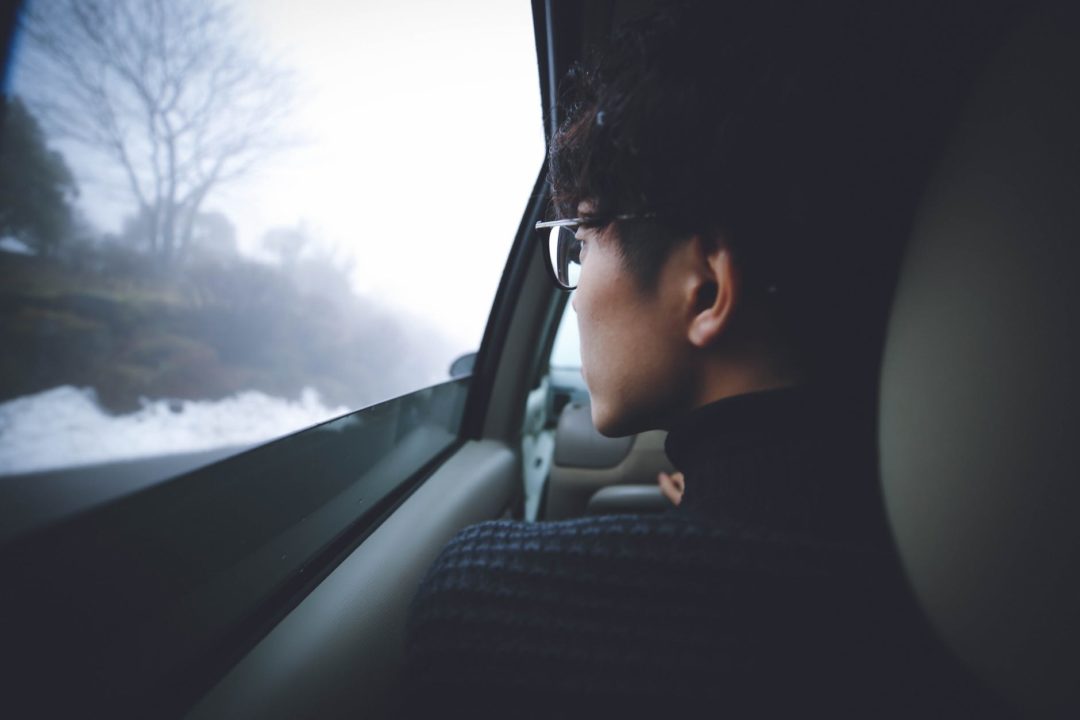 As with other forms of depression, SAD can lead to a gloomy outlook and make people feel hopeless, worthless and irritable. They may lose interest in activities they used to enjoy, such as hobbies and spending time with friends.

“Some people say that SAD can look like a kind of hibernation,” says Rudorfer. “People with SAD tend to be withdrawn, have low energy, oversleep and put on weight. They might crave carbohydrates,” such as cakes, candies, and cookies. Without treatment, these symptoms generally last until the days start getting longer.

Shorter days seem to be one of the main triggers for SAD. Reduced sunlight in fall and winter can disrupt your body’s internal clock or circadian rhythm. This 24-hour “master clock” responds to cues in your surroundings, especially light and darkness. During the day, your brain sends signals to other parts of the body to help keep you awake and ready for action. At night, a tiny gland in the brain produces a chemical called melatonin, which helps you sleep. Shortened daylight hours in winter can alter this natural rhythm and lead to SAD in certain people.

NIH researchers first recognized the link between light and seasonal depression back in the early 1980s. These scientists pioneered the use of light therapy, which has since become a standard treatment for SAD. “Light therapy is meant to replace the missing daylight hours with an artificial substitute,” says Rudorfer.

In light therapy, patients generally sit in front of a light box every morning for 30 minutes or more, depending on the doctor’s recommendation. The box shines light much brighter than ordinary indoor lighting.

Studies have shown that light therapy relieves SAD symptoms for as much as 70% of patients after a few weeks of treatment. Some improvement can be detected even sooner. “Our research has found that patients report an improvement in depression scores after even the first administration of light,” says Dr. Teodor Postolache, who treats anxiety and mood disorders at the University of Maryland School of Medicine. “Still, a sizable proportion of patients improve but do not fully respond to light treatment alone.”

Once started, light therapy should continue every day well into spring. “Sitting 30 minutes or more in front of a light box every day can put a strain on some schedules,” says Postolache. So some people tend to stop using the light boxes after a while. Other options have been tested, such as light-emitting visors that allow patients to move around during therapy. “But results with visors for treating SAD haven’t been as promising as hoped,” Postolache says.

Light therapy is usually considered the first-line treatment for SAD, but it doesn’t work for everyone. Studies show that certain antidepressant drugs can be effective in many cases of SAD. The antidepressant bupropion (Wellbutrin) has been approved by the U.S. Food and Drug Administration for treating SAD and for preventing winter depression. Doctors sometimes prescribe other antidepressants as well.

Growing evidence suggests that cognitive behavioral therapy (CBT)—a type of talk therapy—can also help patients who have SAD. “For the ‘cognitive’ part of CBT, we work with patients to identify negative, self-defeating thoughts they have,” says Dr. Kelly Rohan, a SAD specialist at the University of Vermont. “We try to look objectively at the thought and then reframe it into something that’s more accurate, less negative, and maybe even a little more positive. The ‘behavioral’ part of CBT tries to teach people new behaviors to engage in when they’re feeling depressed, to help them feel better.”

Behavioral changes might include having lunch with friends, going out for a walk or volunteering in the community. “We try to identify activities that are engaging and pleasurable, and we work with patients to try to schedule them into their daily routine,” says Rohan.

If you’re feeling blue this winter, and if the feelings last for several weeks, talk to a health care provider. “It’s true that SAD goes away on its own, but that could take five months or more. Five months of every year is a long time to be impaired and suffering,” says Rudorfer. “SAD is generally quite treatable, and the treatment options keep increasing and improving.”